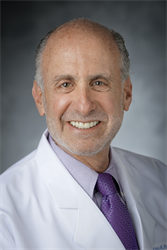 Glenn M. Preminger received his M.D. degree from New York Medical College in 1977. After completing his Urologic training at the University of North Carolina in 1983, he was an AUA Scholar (1983-1985) in the Division of Mineral Metabolism at UT Southwestern Medical Center, concentrating on the medical management of nephrolithiasis. He ultimately spent 10 years on the Faculty in Dallas, returning to NC in 1993 as Professor of Urologic Surgery, Director of the Comprehensive Kidney Stone Center, and Director of the Urology Residency Program at Duke University Medical Center. His clinical interests include the minimally invasive management of urinary tract stones including SWL, percutaneous and ureteroscopic stone removal. He directs the metabolic evaluation and preventative medical treatment offered at the Duke Comprehensive Kidney Stone Center. He has had extensive experience in the development of endoscopic instrumentation for minimally invasive urologic procedures and holds eight patents in shock wave lithotripsy design. Dr. Preminger, along with Pei Zhong, Ph.D., established The Lithotripsy Laboratory within the Comprehensive Kidney Stone Center to study shock wave physics and tissue effects within the realms of shock wave lithotripsy and intracorporeal lithotripsy devices. Drs. Preminger and Zhong have been awarded over $10 million in research support from the National Institutes of Health. Dr. Preminger has published more than 350 manuscripts, 100 book chapters and 9 books, as well as 30 videos that review complex endoscopic techniques. He is a member of 15 professional societies and holds Editorial positions with UROLOGY, the JOURNAL OF ENDOUROLOGY and UROLOGIGAL RESEARCH. He has served as Co-Chairman of VIII International Symposium on Urolithiasis (1996), Co-Program Chairman of the 16th and 25th World Congress on Endourology (1998 & 2007), and Co-Chairman of the 1st and 2nd International Consultations on Stone Disease, (2001 & 2007). He was Chairman of the American Urological Association (AUA) Nephrolithiasis Guidelines Panel, which has released four sets of guidelines for the management of staghorn calculi (1994, 2004) and ureteral calculi (1997, 2007). From 2004-2007, he was Co-Chairman of the joint AUA/EAU International Nephrolithiasis Guidelines Panel. Dr. Preminger served 4 years on the ABU-AUA Exam Committee and remains an examiner for the ABU Oral Exams. He was awarded the 2008 AUA Residents Committee Teaching Award which recognizes outstanding urology educators who have dedicated their career to resident training and advancing urology GME. Dr. Preminger served as the Chair of the AUA Office of Education from 2006–2009 and currently sits on the AUA Science and Quality Council that oversees the science, quality and data components of the Association’s mission. He currently is the Director of Education for the Endourological Society. In 2011, Dr. Preminger was selected as the James F. Glenn Distinguished Professor of Urologic Surgery. Distinguished professorships are the highest academic award that a university can bestow on a faculty member, recognizing their achievements in science and medicine. He became Chief of the Division of Urologic Surgery at Duke in August, 2011. In 2013, he was honored by the School of Medicine of the University of Athens with the title of Doctor Honoris Causa, “as a symbolic recognition to his worldwide scientific valued status in Urology. In addition, the British Association of Urological Surgeons presented Dr. Preminger with the 2013 St. Paul’s Medal, awarded by the BAUS Council to “appreciate and honor distinguished colleagues from overseas.” He was honored with the 2015 AUA Flanigan Education Award for his commitment to urological education.

Return to Fundamentals in Urology (2021)