Home » Use of Novel Hormonal Agents and Systemic... 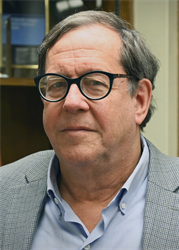 Dr. Sartor received his M.D. from Tulane University School of Medicine in 1982 and completed his residency in Internal Medicine at Tulane in 1986. After residency, he spent seven years at the National Cancer Institute (NCI) in Bethesda, MD, first as a fellow and then as a senior investigator. He started his focus on prostate cancer in 1990 as a member of the Clinical Pharmacology Branch at the NCI. He returned to his home state of Louisiana in 1993, as an Associate Professor at LSU Medical School. He subsequently served as Director of the LSU Stanley S. Scott Cancer Center and Chief of the Section of Hematology/Oncology at LSU Medical School, New Orleans, from 1998-2006. After Hurricane Katrina, Dr. Sartor left New Orleans to join the Lank Center for Genitourinary Oncology at the Dana-Farber Cancer Institute/Harvard Medical School in Boston. He returned to New Orleans and joined the Tulane faculty in 2008 with a joint appointment in the Departments of Medicine and Urology. He currently is the Laborde Professor for Cancer Research at Tulane Medical School and also serves as Medical Director of the Tulane Cancer Center.

Dr. Sartor continues to focus both his clinical and translational research interests on prostate cancer. He has published over 250 peer reviewed manuscripts in journals such as the New England Journal of Medicine, Lancet, JAMA, Lancet Oncology, Journal of Clinical Oncology, PNAS, etc. He has lectured widely (26 countries on 6 continents)

He is Editor-in-Chief of the peer reviewed journal Clinical Genitourinary Cancer (Elsevier). He is past chairman of the Integration Panel for the Department of Defense's Congressional Directed Medical Research Program in Prostate Cancer and is currently Medical Oncology Chairman of the GU Oncology Committee in the NRG cooperative group.

Dr. Sartor has served as PI or co-PI on a number of important clinical trials, including 5 pivotal trials leading to FDA approvals. These trials include those with Eligard (30 and 45 mg), samarium-153 EDTMP, Cabazitaxel, and radium-223.  He has also served as Data Monitoring Committee Chair for 4 phase III trials pivotal for FDA approval (Sipuleucel-T IMPACT trial and the enzalutamide trials AFFIRM and PREVAIL in prostate cancer, and the axitinib AXIS trial in renal cell). He has also served as a consultant to the FDA on various clinical trial issues.

There are no financial relationships to disclose.
Return to Use of Novel Hormonal Agents and Systemic Therapy in Advanced Prostate Cancer- Chicago (2018)